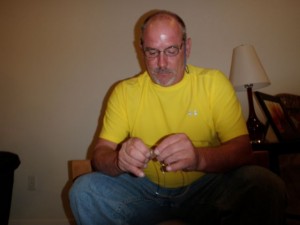 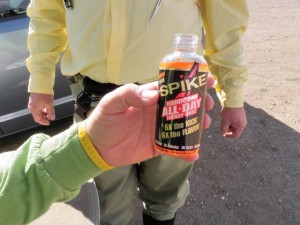 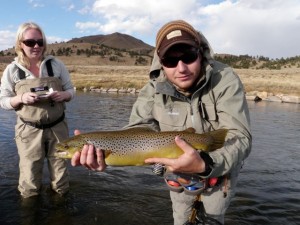 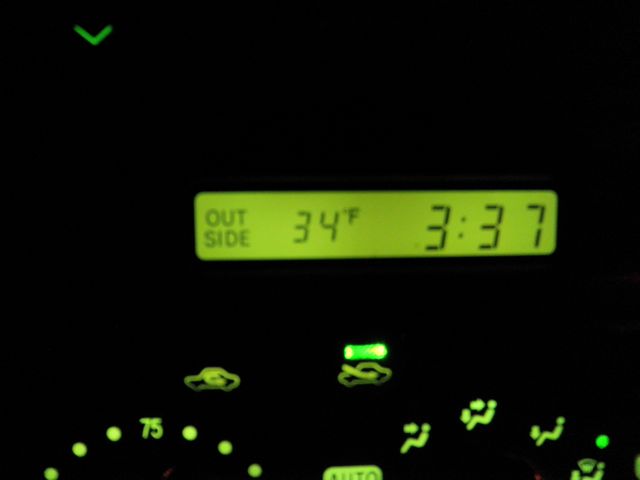 The big push is not here yet. I’ve hit it fairly hard the last 10 days and by this time I usually have a few sightings of our boys and girls over 10lbs. I’ve seen some nice fish, but nothing like I have in years past. The very cold spring coupled with the fact that Spinney isn’t putting out a flow and 11 Mile is still has 2 feet of ice doesn’t help.

In order for the Rainbows to have a large run a few things need to happen.
My Theory:
1. The water in 11 Mile needs to warm enough to trigger a single large migration.
2. This happens when the ice breaks, letting in more sunlight, warming the water etc.
3. This can be accelerated with increased flows out of Spinney that will force the 11 Mile inlet to melt.

If this doesn’t warm up soon the spawn won’t be good this year. I’m going to say it now and put my low level reputation on the line. 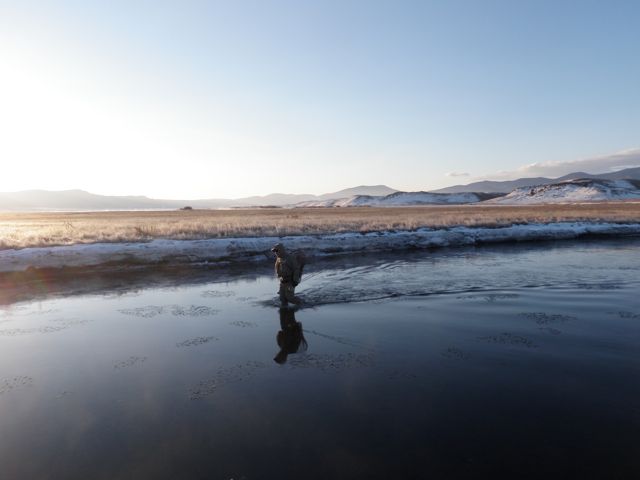