What will be good for lunch? What should you get for tomorrow’s dinner? These are common problems that plague the modern angler. With limited options at your local 7-11 at 5:30AM often times you will find yourself starving, or left with something that doesn’t meet your hunger cravings. Fear no more my fellow readers. The wisdom that I am about to impart to you is pieces of knowledge I have accumulated over the quarter century I have been on this planet. 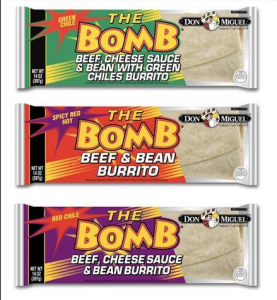 What is it we are looking for? We are looking for a food source that is both filling, as well as versatile when it comes to its preparation. Having a food that can only be eaten after it has been heated may not suffice should our stomach start growling while streamside. Furthermore, it needs to have enough caloric value to keep our energy high throughout the day with natural sweeteners so as to avoid unnatural sugar highs.

Meet Don Miguel and his famous “Bomb” burrito. This gut splitting sacrament will leave you full and question if you ever want to eat again. The Bomb is carried by all of your favorite 7-11 locations in various flavors including beef, bean, spicy, extra spicy… you get the idea. Needless to say, with almost 1,000 energy ripping calories per burrito, these things will keep you fishing throughout the day and into the night. 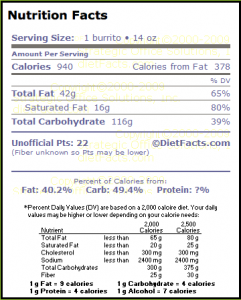 The Bomb has the fat and carbs to keep you going for the long haul, with 42 and 116 grams respectively. It doesn’t mess around with foolish nutrients like protein (0 grams) and instead devotes itself to long term energy you need to dominate your opponents, all wrapped in a large tortilla. My personal favorite is the beef which consists of ground beef, beans, red sauce, and cheese. The bomb can either be heated in a microwave, or eaten cold along the stream. If possible, I suggest heating The Bomb, even if you are using a campfire and a skillet. I cannot advocate the regular use of this product because of the ever increasing problem of obesity in America, but I can give it a strong stamp of approval for special situations where your options are limited.

So next time you stop at your favorite convenience store, grab “The Bomb” and see what all of the rage is. Oh, and you might also stay near the outhouse about six hours post consumption. The Bomb takes no prisoners. 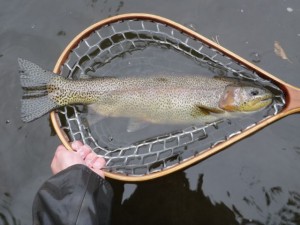 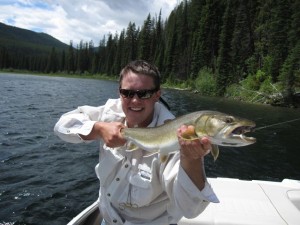 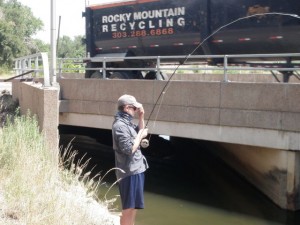 I have found a solution to all netting problems. No longer will i be bound to some sort of aquarium net solution devised by men who chase fingerling rainbows in Massachusetts. Sold exclusively by Bass Pro this net has the following attributes.

1. Its cheap. For less than $30 you get a net better than others 4 times its price.
2. Its rubber, none of that cloth stuff that is both antiquated and a general liability.
3. Chicks dig it.
4. Looks awesome.
5. Makes everyone aware you catch gigantic fish (see #4). 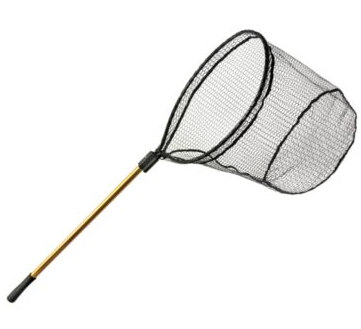 With 34” of handle reach be prepared to stay warm and dry on those cold winter days. No more “scoops” that make you feel like a drowned rat afterwards. The telescoping handle also slims down so that you can fit it in your waist-pack.
Also, if your friend sucks at netting, buy him one of these. If you miss with one of these bad boys with a net opening that measures 20”x22” and a depth of 18” you should try another recreational hobby. Get em’ while they’re hot.