I have been busy working, trying to avoid stock market murder holes and pay my rent. This trip has been scheduled for awhile and I’m not sure if the timing is perfect or awful. In an effort to give the middle finger to the economy I’m forming my own PPT with a small group of men. This weekend will be our response to the massive global disappearance of wealth which we have artfully termed QE. QE 1 will be taking place on the Bitterroot and QE 2 is slated for the Blackfoot. Should more mental stability be required before our return then we will look into additional QE. 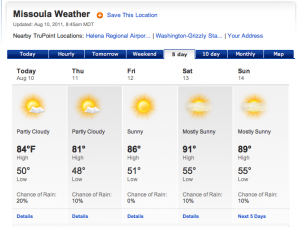 UPDATE: While sitting at the airport I’ve heard no less than 70 people trying to position their portfolios to avoid idle elevator shafts. Even travelers toting Orvis Helios are popping aspirin and sitting in front of air conditioning vents.