I’ll be honest, this was my first trip to the Green River, and the river was running hot at 8600 CFS. Ridiculously high for April but it turns out that didn’t hurt the fishing so much, or even the hatches that were predicted. All of those things considered I’ll tell you what we saw, and why I’ll probably never go back.

The drive wasn’t too much, but it would always be nice if it were shorter. I’ve heard that the road after you cross into Utah used to be dirt, and in recent years that was improved to be heavily paved which turned out to be true. You continue on through a desolate expanse (that is gorgeous by the way) where Flaming Gorge just emerges on the horizon. It is an impressive structure, intimidating as it casts a large shadow over the canyon below especially when we could hear the bypass tubes running at full capacity as we drove over the structure. 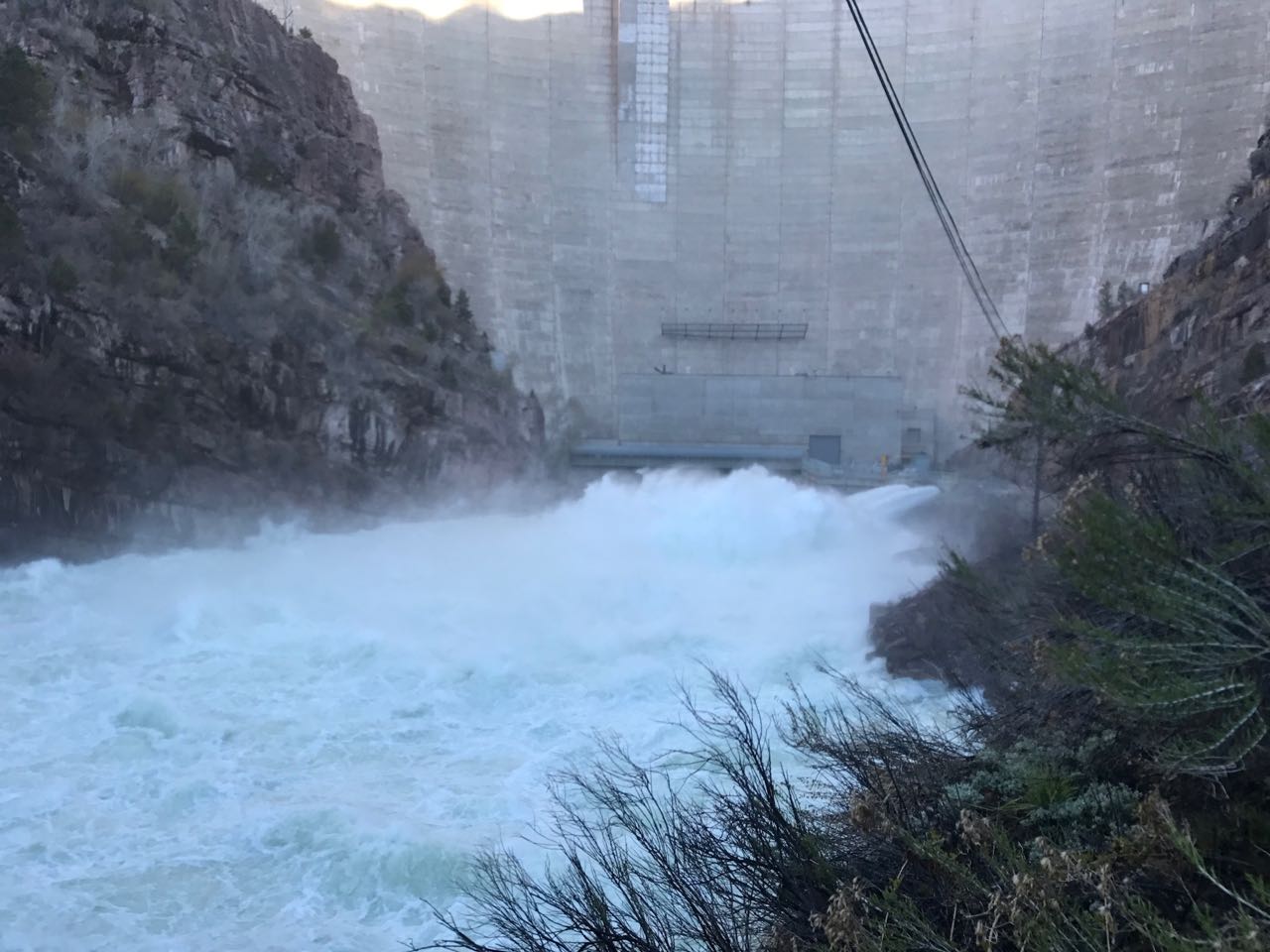 The facilities are impressive, large parking lots, rigging areas, multiple lanes in the boat launch all keep things moving. I quickly realized why, people started emerging one after the other launching driftboats and rafts before hurriedly pulling them to the side to make room for the next launch. You pull into the current, checking both ways so as not to have a collision with another boater and begin a mad race downstream to that seam, or this eddy jockeying for position next to dozens, and I mean dozens of other boats. Even pulled to the side of the river it was commonplace to see an indicator float less than 10 feet from your boat. At one point when I was changing my jacket I had a guide in a passing boat inform me to put my life jacket back on because he “didn’t want to do CPR” (more on this later). 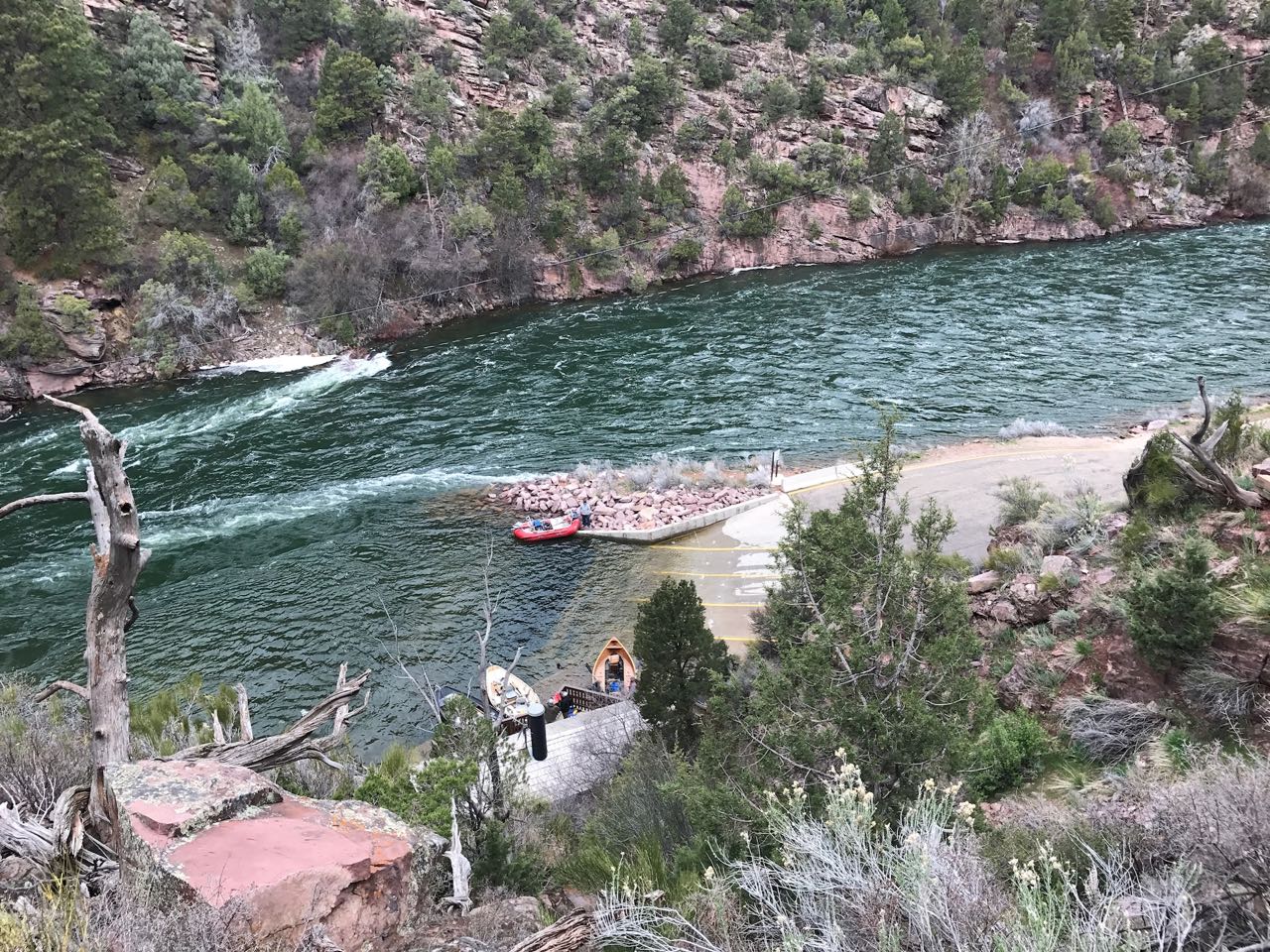 We meandered through A&B sections because of the high flows, our unfamiliarity with the area, and that we had time to waste. The scenery was breathtaking, the canyon was every bit as gorgeous as any other canyon float I have ever done, in fact it was better than most. We slid into a few eddies and fished emergers during the mayfly hatch throughout the late morning and early afternoon, working our way towards the top of the run where fish were jockeying for position to feed. 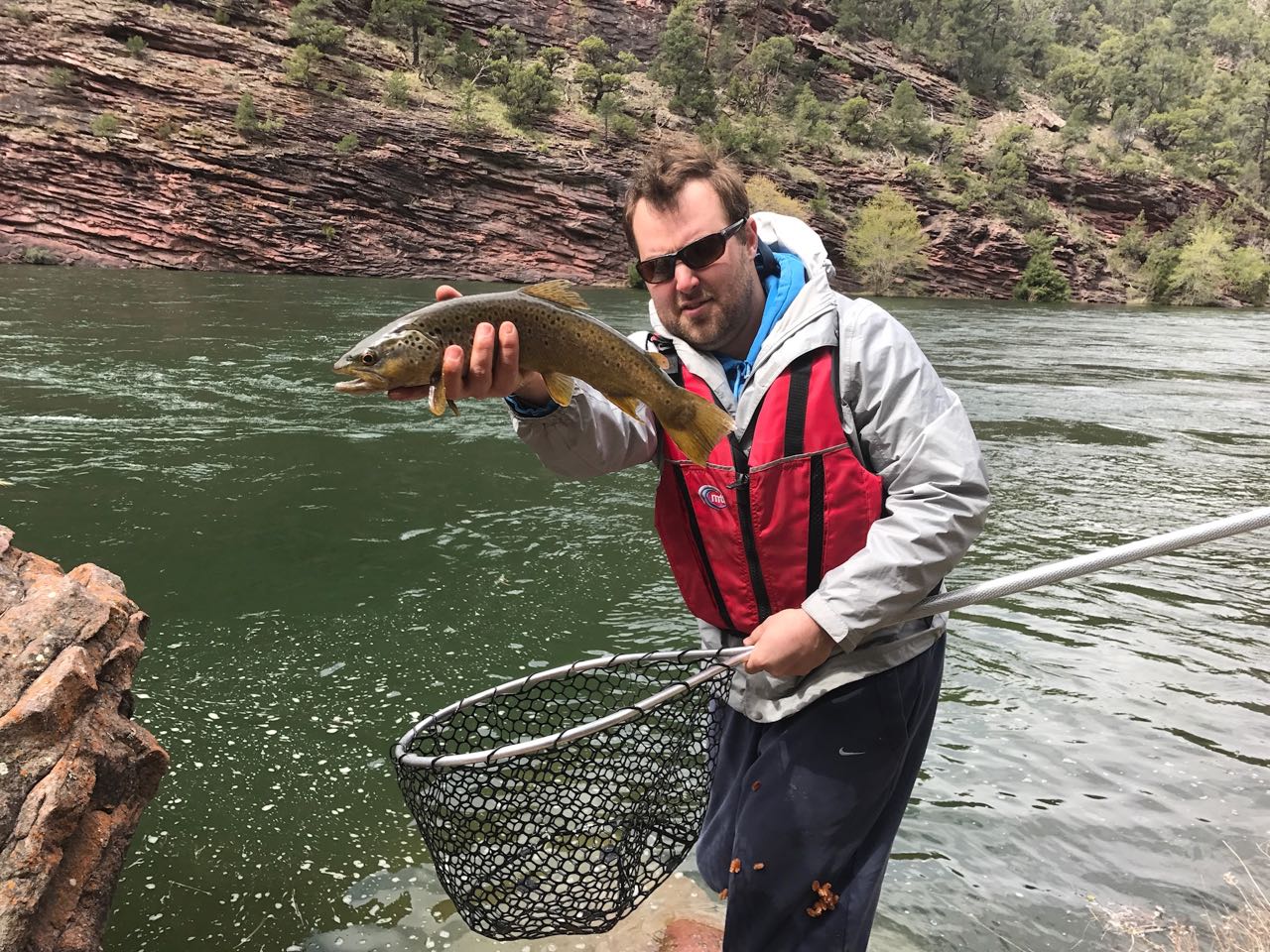 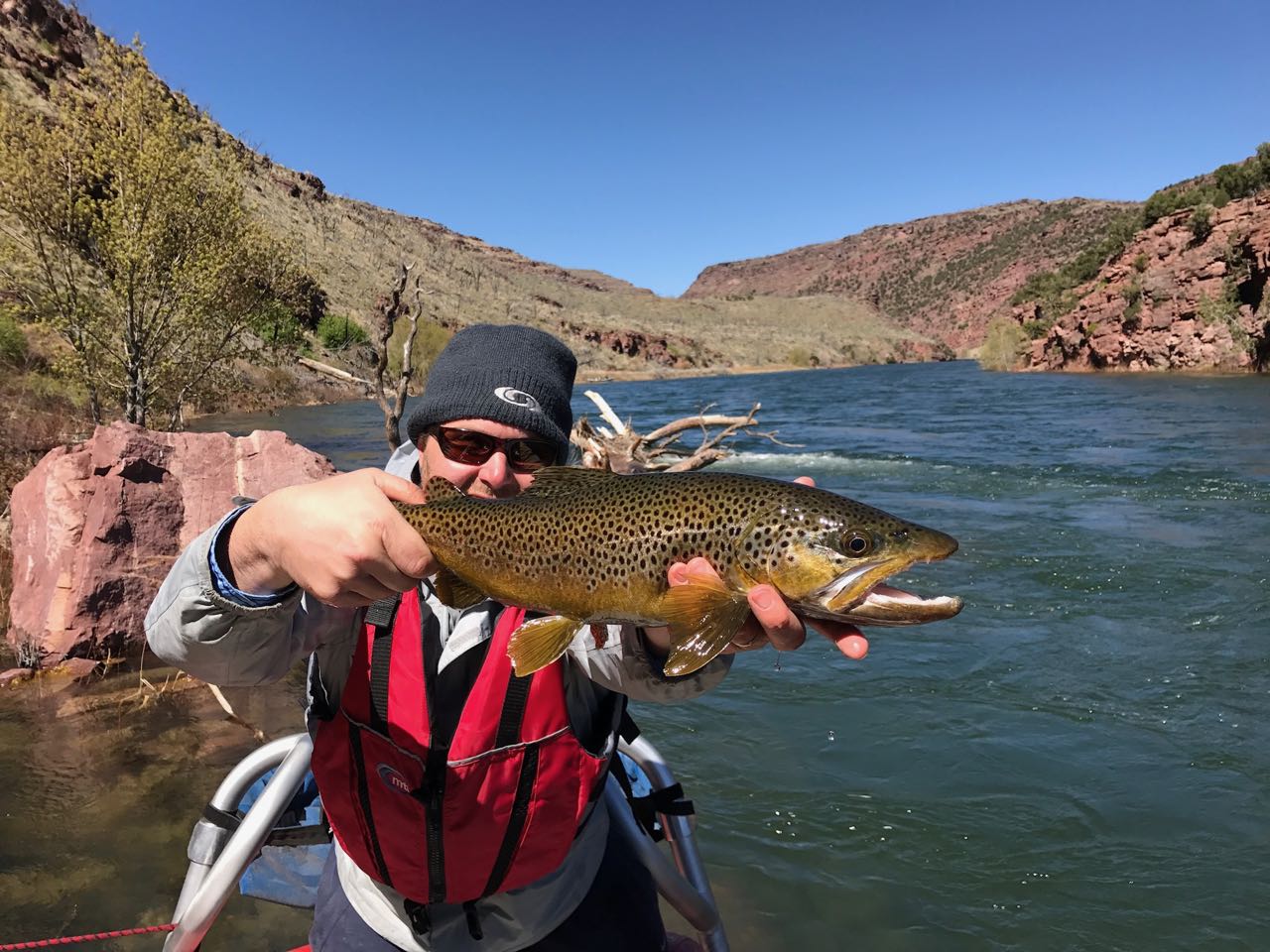 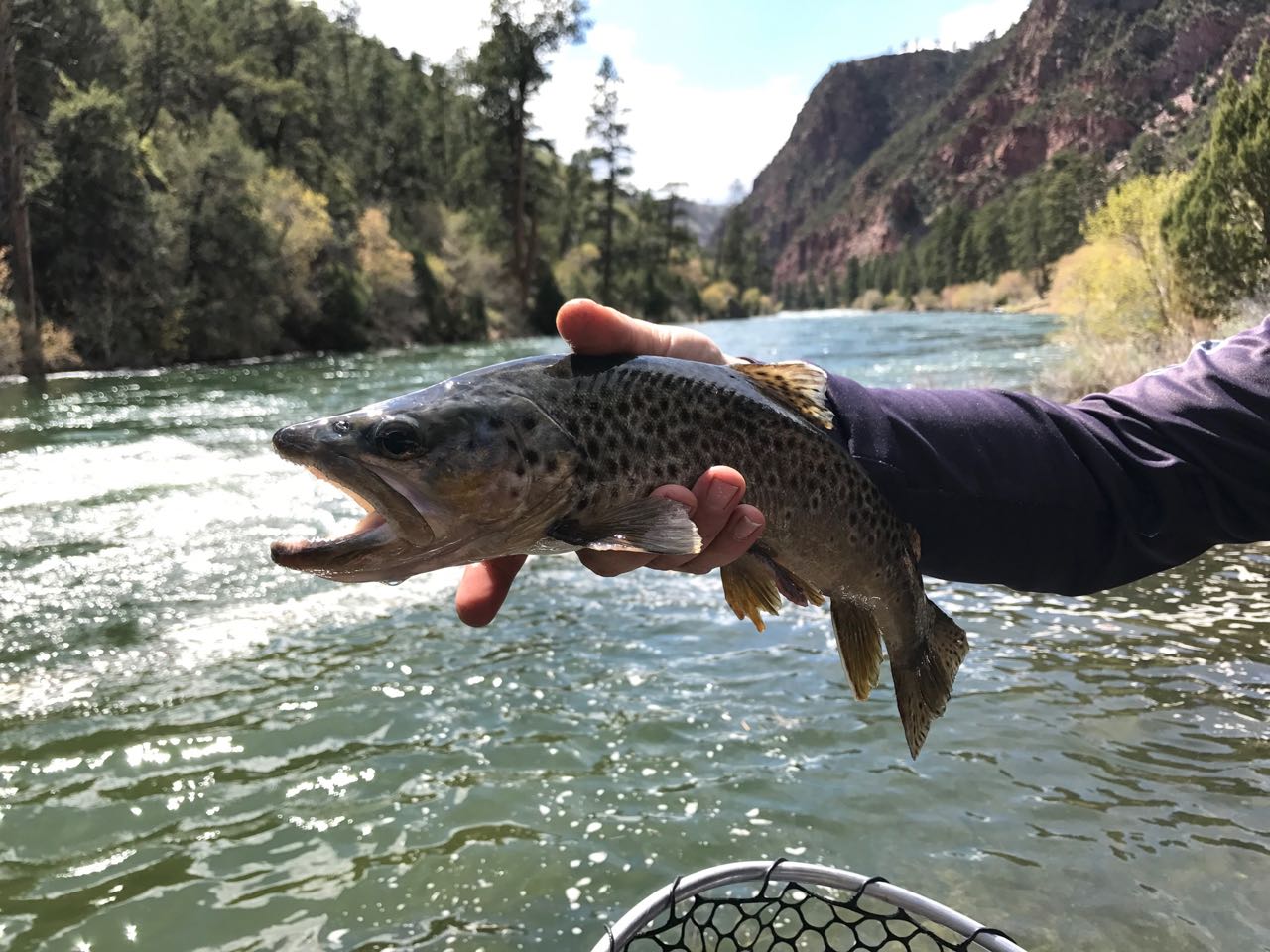 Fish were difficult to pull off the banks with streamers and in fact so few fish were moved on streamers that eventually we caved and relegated ourselves to watching bobbers. Even so, the few that we did catch were fantastic fish, in fact most of the fish we caught were great fish. A storm started to roll in as we watched a guided trip taking photographs and throwing bugs, one of the clients not wearing a life jacket which we found ironic considering our interaction earlier that morning. 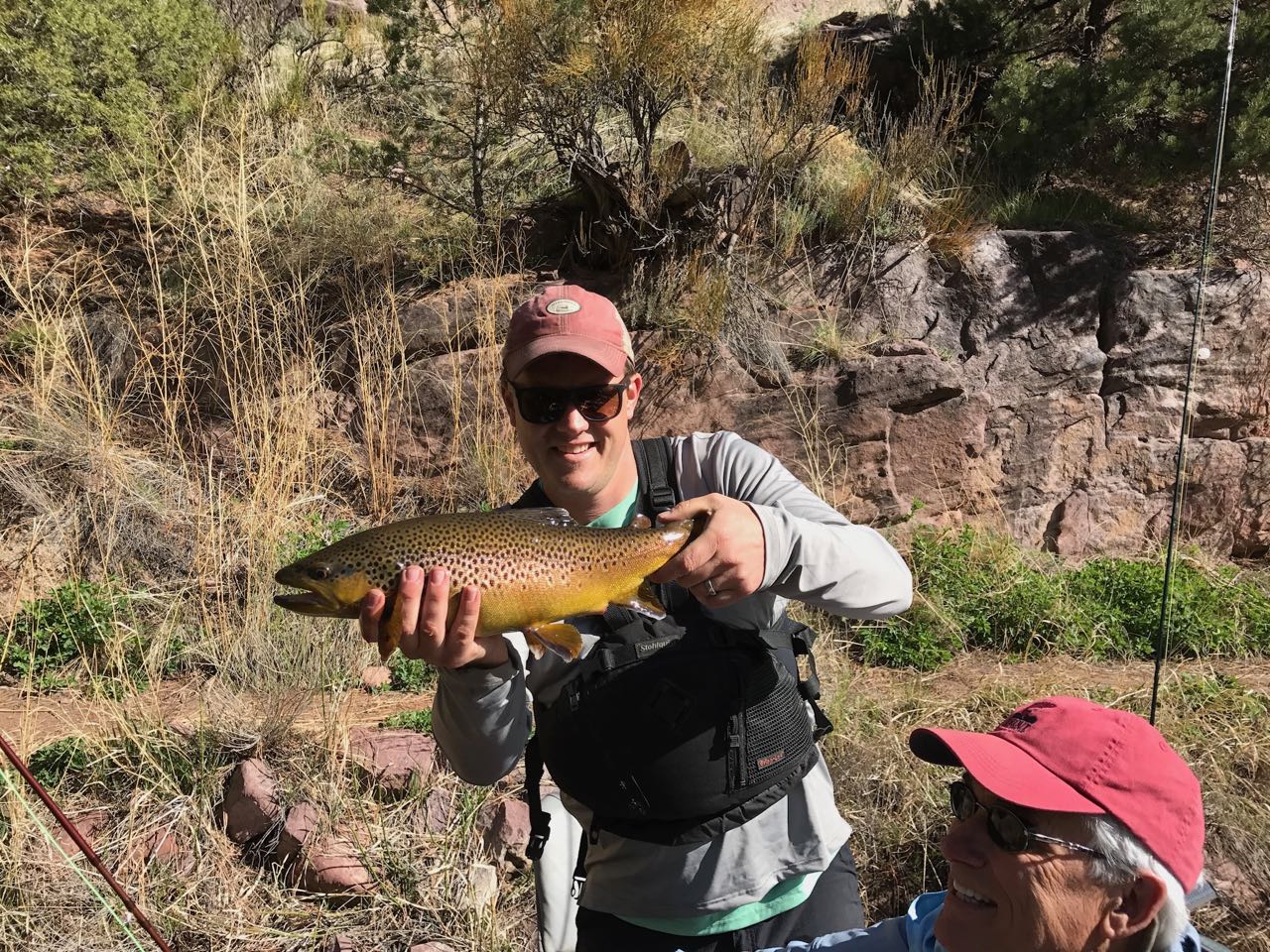 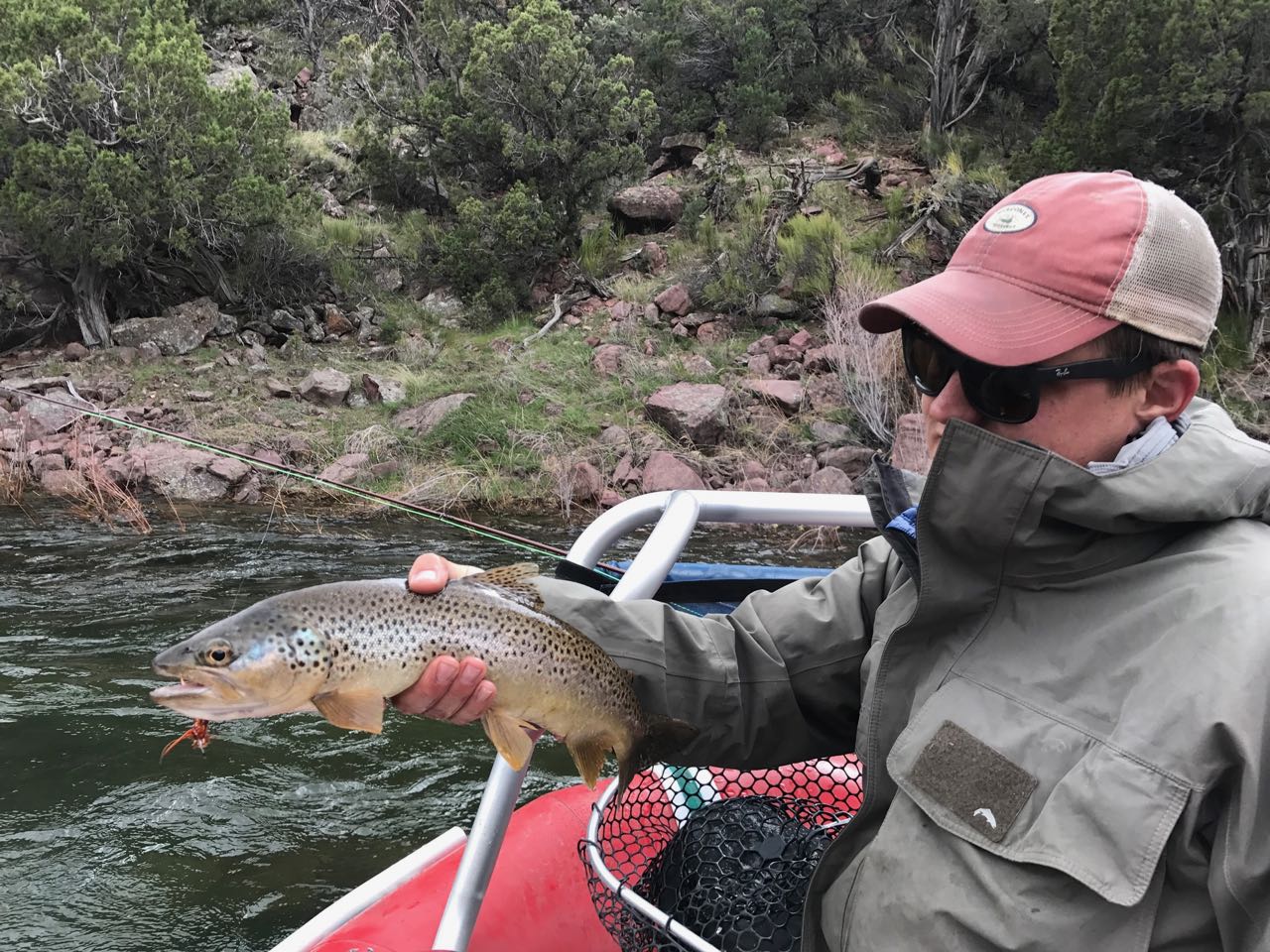 Towards the end of the day we found ourselves on the second half of B and eddied out below Red Creek Rapids enjoying a cocktail as the storm clouds passed over. I glanced up and saw a lifejacket floating downstream, I suddenly looked upstream to see a steady stream of coolers, water bottles, a seat, fly rod tubes… 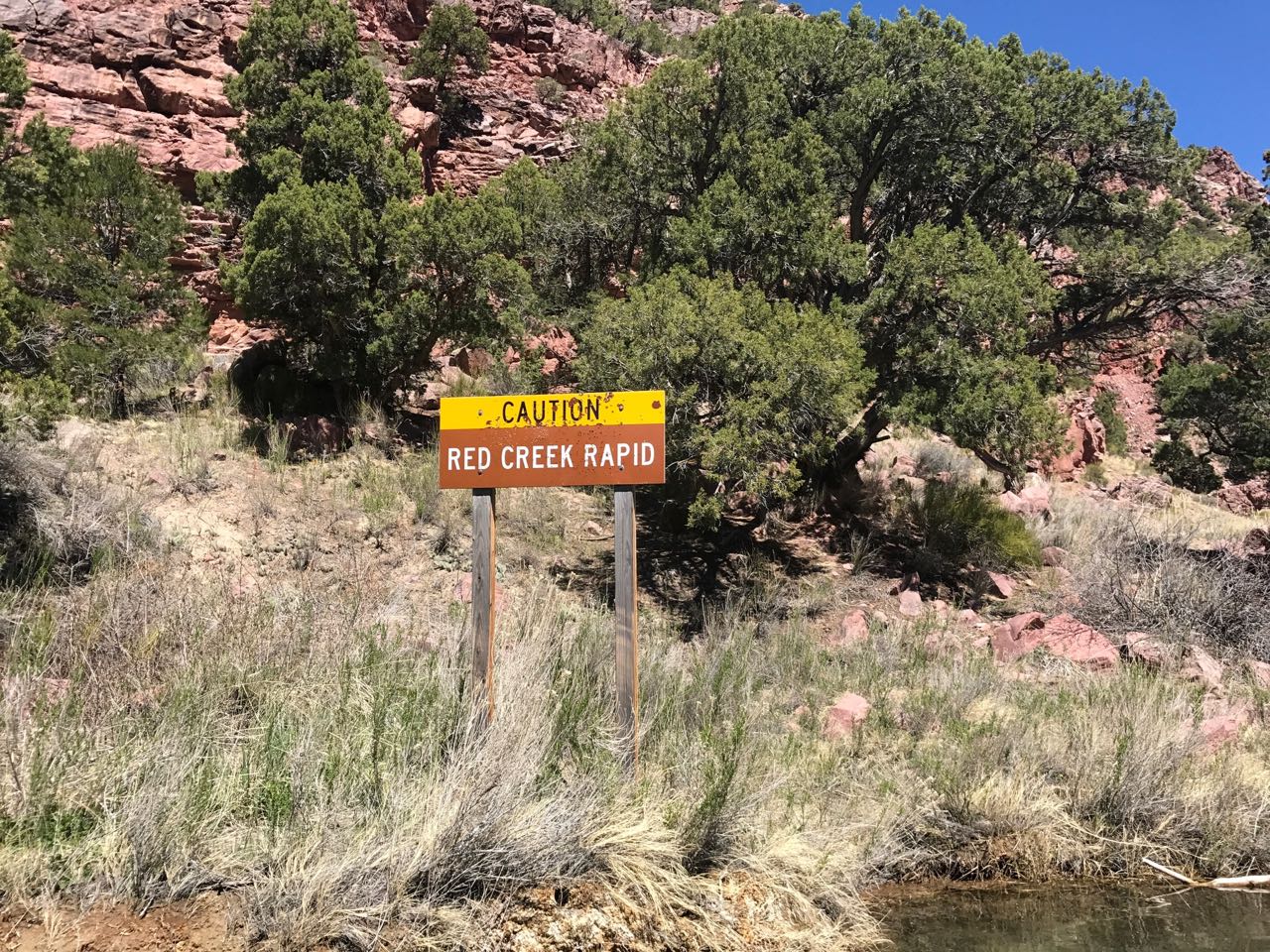 We tried our best to gather what we could including an oar and a few other minor pieces of gear before it was swept past us. We waited awhile to see if anyone was in the river and then, unable to get back upstream to check on anyone proceeded to quickly make our way to the takeout. By the time we reached the takeout there was a small armada of drift boats behind us with the unfortunate members of the doomed craft. Cold but uninjured the members of said party quickly made their way to the vehicle to warm themselves.

Bad things happen to people and certainly have to me but I will say this. Losing multiple guided boats in the short time we were there in a rapid that isn’t anything more than a wave train is simply unacceptable. The rapid could barely be construed as anything other than a class 2, and there are “professionals” losing boats on a daily basis? The other professionals that are out there as your potential rescuers don’t have rope, a dry bag/box with extra clothes? Also how is it that I can be lambasted for changing my shirt out and not wearing a life jacket when other guides allow their clients to not wear a life jacket before he inexplicably drowns a 16ft boat in a 3 foot wave train. Flame all you want but consumers should be treated better and an outfitter should take a little bit more time teaching their guides how to handle their own stuff. Perhaps they’ve guided for 10 years, I don’t care. You obviously have never been off of flat water and don’t understand the physics of running an open dory in light whitewater. That is fact.

Rest assured the social media posts and the twitter feeds will be littered with warnings of “danger” and perhaps one of them will write a biased article for Field and Stream about the importance of life jackets and hiring a guide. Utah, you have a lot of guides who need to get their stuff figured out before they kill someone, the high water will be here for awhile. Oh and please don’t worry about me, I don’t think I need to come back to your zoo for awhile.